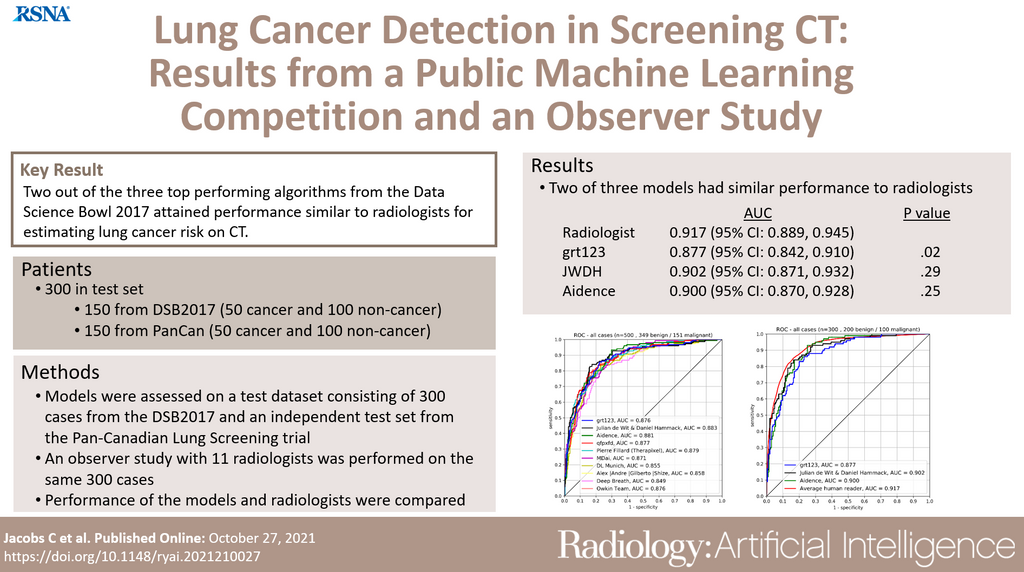 In 2017, Arnaud Setio, Colin Jacobs, and Bram van Ginneken co-organized a high-profile public competition on detecting lung cancer from CT - the Kaggle Data Science Bowl 2017. With a data set of thousands of lung CT scans, and a total prize purse of 1 million US dollars provided by the Laura and John Arnold Foundation, this competition attracted a lot of attention. The top 10 teams in the final ranking of the competition received monetary prizes on the condition that they made the software they had written publicly available under an open-source license.

In our recently published paper in Radiology: Artificial Intelligence, a international team of collaborators led by Colin Jacobs compared the performance of the top 3 algorithms from the competition with a panel of 11 radiologists in an observer study. We found that the top 3 AI models from the competition perform very well and reach a performance close to the average of our panel of 11 observers.

Our work was covered by Auntminnie and Health Imaging.

Two of the three algorithms from the competition are freely available on our platform grand-challenge.org: