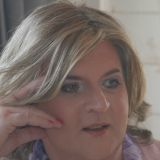 Gaby completed her first degree in Electronic Engineering in the UK (BEng Hons - 4 years study at that time) around 30 years ago, followed by an MSc at the University of Manchester Institute of Science and Technology (UMIST) in VLSI Systems Design, where she focused on designing a neural network engine in silicon (not dissimilar to the GPU cards of today) using the Kohonen (unsupervised) learning model. That was something like 25 years ago ... and then the AI Winter of the late 80's and 90's followed. Gaby obtained a further BSc(Hons) Degree in Psychology in 1997.

Since obtaining her MSc she has had a career spanning 30 years in commercial software development, in such diverse domains as Investment Banking (City of London and Zurich), Automotive and Medical (Agfa (BE), Philips Medical (NL), Stryker (DE)) in all roles from Junior Developer through to Principal Architect (German Government, Berlin; IBM). Prior to starting at RUMC in March 2020, she was employed by Canon Europe (Amstelveen, NL) and seconded as Head of Research and Development to a Canon Europe daughter company. During this time, she oversaw - amongst other things - the software side of a project delivery to Ghana which included the component CAD4TB developed by RUMC / Thirona. The rest, as they say, is history. Her research area is AI with a focus on extending CAD4TB and support for clinical decision making.

Gaby is currently working on the TB TRIAGE+ project and is supervised by Keelin Murphy and Bram van Ginneken.