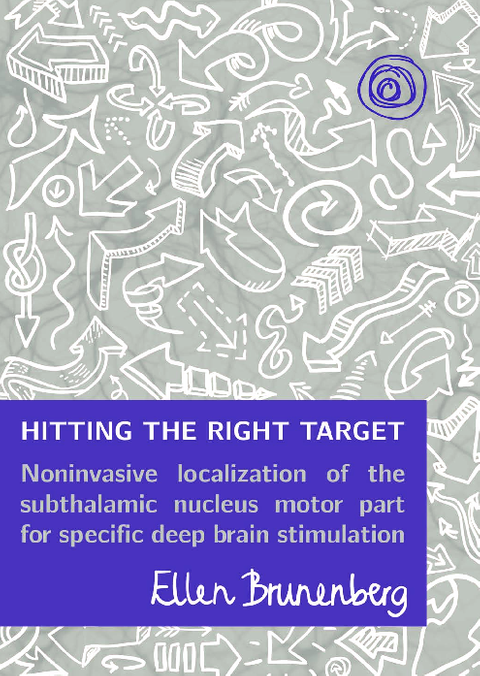 Deep brain stimulation of the subthalamic nucleus (STN) has gained momentum as a therapy for advanced ParkinsonA-A?A 1/2 s disease. The stimulation effectively alleviates the patientsA-A?A 1/2 typical motor symptoms on a long term, but can give rise to cognitive and psychiatric adverse effects as well. Based on primate studies, the STN has been divided into three functionally different parts, which were distinguished by their afferent and efferent connections. The largest part is the motor area, followed by an associative and a limbic area. The serious adverse effects on cognition and behavior occurring after deep brain stimulation are assumed to be caused by electrical current spread to the associative and limbic areas of the STN. Therefore, selective stimulation of the motor part of the STN seems crucial, both to obtain the best possible therapeutic effect on the motor symptoms and to minimize the debilitating effects on cognition and behavior. However, current medical imaging techniques do not yet facilitate the required accurate identification of the STN itself, let alone its different functional areas. The final target for DBS is still often adjusted using intraoperative electrophysiology. Therefore, in this thesis we aimed to improve imaging for deep brain stimulation using noninvasive MRI protocols, in order to identify the STN and its motor part. We studied the advantages and drawbacks of already available noninvasive methods to target the STN. This review did not lead to a straightforward conclusion; identification of the STN motor part remained an open question. In follow-up on this question, we investigated the possibility to distinguish the different functional STN parts based on their connectivity information. Three types of information were carefully analyzed in this thesis. First, we looked into the clustering of local diffusion information within the STN region. We visually inspected the complex diffusion profiles, derived from postmortem rat brain data with high angular resolution, and augmented this manual segmentation method using k-means and graph cuts clustering. Because the weighing of different orders of diffusion information in the traditionally used L2 norm on the orientation distribution functions (ODFs) remained an open issue, we developed a specialized distance measure, the so-called Sobolev norm. This norm does not only take into account the amplitudes of the diffusion profiles, but also their extrema. We showed it to perform better than the L2 norm on synthetic phantom data and real brain (thalamus) data. The research done on this topic facilitates better classification by clustering of gray matter structures in the (deep) brain. Secondly, we were the first to analyze the STNA-A?A 1/2 s full structural connectivity, based on probabilistic fiber tracking in diffusion MRI data of healthy volunteers. The results correspond well to topical literature on STN projections. Furthermore, we assessed the structural connectivity per voxel of the STN seed region and discovered a gradient in connectivity to the premotor cortex within the STN. While going from the medial to the lateral part of the STN, the connectivity increases, confirming the expected lateral location of the STN motor part. Finally, the connectivity analysis produced evidence for the existence of a A-A?A 1/2 hyperdirect?? pathway between the motor cortex and the STN in humans, which is very useful for future research into stimulation targets. The results of these experiments indicate that it is possible to find the motor part of the STN as specific target for deep brain stimulation using structural connectivity information acquired in a noninvasive way. Third and last, we studied functional connectivity using resting state functional MRI data of healthy volunteers. The resulting significant clusters provided us with the first complete description of the STNA-A?A 1/2 s resting state functional connectivity, which corresponds with the expectations based on available literature. Moreover, we performed a reverse regression procedure with the average time

series signals in motor and limbic areas as principal regressors. The results were analyzed for each STN voxel separately and also showed mediolateral gradients in functional connectivity within the STN. The lateral STN part exhibited more motor connectivity, while the medial part seemed to be more functionally connected to limbic brain areas, as described in neuronal tracer studies. These results show that functional connectivity analysis also is a viable noninvasive method to find the motor part of the STN. The work on noninvasive MRI methods for identification of the STN and its functional parts, as presented in this thesis, thus contributes to future specific stimulation of the motor part of the STN for deep brain stimulation in patients with ParkinsonA-A?A 1/2 s disease. This may help to maximize the motor effects and minimize severe cognitive and psychiatric side effects.