Low Dose Computed Tomography of the Chest: Applications and Limitations 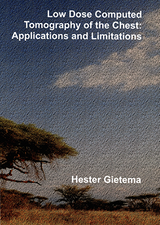 In areas with a high intrinsic contrast such as the chest, radiation dose can be reduced for specific indications. Low dose chest CT is feasible and cannot only be applied for lung cancer screening, but also in daily routine and for early detection of lung destruction. We showed in a small sample of patients from the outpatient department of pulmonology that ultralow-dose CT is feasible and can provide more information than CXR in two directions, while radiation dose is similar. The main disadvantage of radiation dose reduction is the accompanying increase in image noise. The detection of abnormalities with a high contrast to the surrounding normal tissue is not limited by the amount of image noise on the CT scans performed with the current minimum radiation dose. However, when the structure of interest shows a low contrast to the surrounding normal tissue, image noise can hamper the detection and especially the automated size measurement of the abnormality. We demonstrated that an increase in image noise results in overestimation of the emphysema score compared to standard dose CT, but also that the application of a dedicated noise reduction filter to the reconstructed data before the automated quantification of emphysema can prevent this overestimations. This thesis is partly based on the Dutch Belgian Lung Cancer Screening project (NELSON), a randomized multi-center trial studying current and former smokers in order to detect lung cancer in an early, treatable stage. The detection of growth is the main feature to distinguish benign non-calcified nodules from potentially benign ones, but interscan and to a lesser extent interobserver variability can limit the detection of growth. We showed that the performance of the algorithm to segment the nodule completely was the most important factor contributing to the variability. Since chronic obstructive pulmonary disease (COPD) and lung cancer share smoking as main risk factor, lung cancer screening trials provide a good opportunity to study the early stages and natural progression of COPD. Emphysema can cause COPD and can easily be detected and automated be quantified on CT by highlighting voxels with an abnormally low X-ray attenuation. We provided the limits of agreement for three common attenuation thresholds for emphysema scores obtained in a lung cancer screening setting. Moreover, we studied the prevalence of emphysema and airflow impairment in participants of the NELSON-project. Many participants showed destructed parenchyma, but a preserved lung function. However, the gas exchange is often already impaired in these subjects, but gas exchange is not one of the hallmarks of COPD (yet). The diffusion of DNO is shown to be a marker of vascular changes, which can precede macroscopic lung tissue destruction. We showed that DNO can be impaired before CT can detect emphysema. Furthermore, we showed that the distribution pattern of emphysema has an impact on the extent of airflow impairment. Current and former smokers with an apical predominance of emphysema showed more severe airflow limitation than subjects with an equal emphysema score, but a basal predominance of lung destruction.