Computer-aided detection and quantification of arterial calcifications with CT 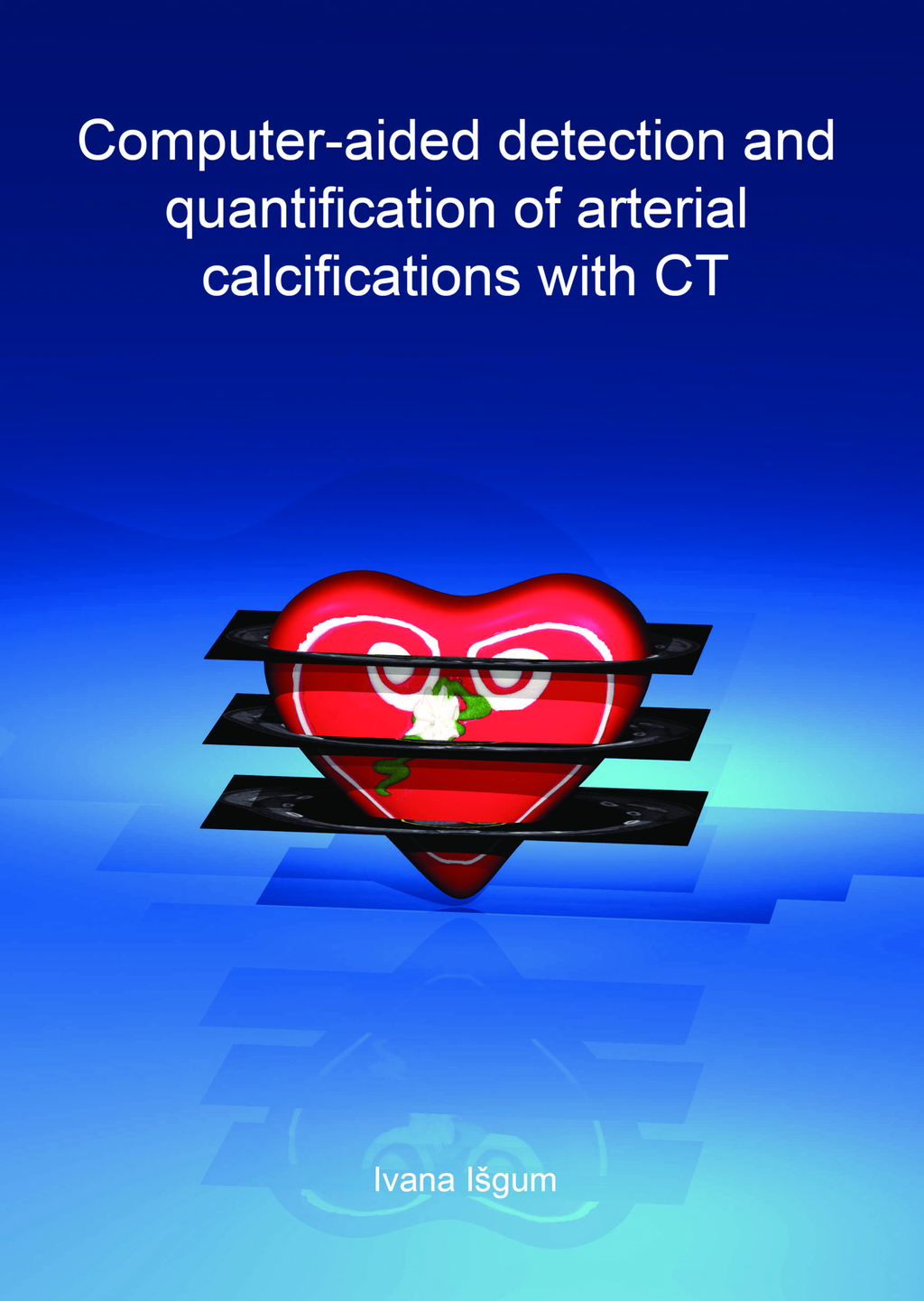 Atherosclerosis is the leading cause of death and disability in the Western world. Arterial calcifications are a marker of the disease and can be detected with computed tomography (CT) scans. In this thesis automatic methods for CT calcium scoring are presented. In CT scans calcifications appear as bright structures, and therefore they were extracted by thresholding and component labeling. However, other high-density objects, such as noise, bony structures, and metal implants were selected by this process as well. To identify true calcifications among all candidate objects, each object was described by features. Those features were derived from the candidate object's location, its appearance, its shape and its size. Subsequently, a pattern recognition approach was used to identify true calcifications among all extracted candidate objects. A first study considered aortic calcifications in CTA scans of the abdomen. All high-density objects in the scan were considered and separated by a pattern recognition system. In terms of the number of calcifications the method resulted in a sensitivity of 83.9% at the expense of on average 1.0 false positive objects per scan. The scan was assigned to one of four categories ("no", "small", "moderate" or "large" amounts of calcification). The correct category label was assigned to 75.0% of scans. A similar approach was used for automatic coronary calcium scoring in non-contrast enhanced, ECG-gated multi-slice CT data. Here, the analysis was performed on the cardiac volume only. In addition to the previously mentioned characteristics, features were also derived from a segmentation of the heart and the aorta, which were extracted automatically using a rule-based scheme. An Agatston score was computed for each scan and subjects were assigned a risk category (0-10, 11-100, 101-400, >400). The correct category was assigned to 93.4% of subjects. Accurate segmentation of the heart and the aorta boundary were found to be essential for the performance of the coronary calcium scoring system. Robust segmentation of these structures is challenging, and therefore a general multi-atlas-based segmentation method was developed. The method was tested on the segmentation of the heart and the aorta in low-dose, non-gated, non-contrast enhanced CT scans of the thorax. The proposed method yielded results very close to those of an independent human observer. Moreover, atlas selection led to faster segmentation at comparable performance. Finally, using the results of the multi-atlas-based segmentation, a system for automatic detection of calcifications in the aorta was developed. In this study the same low-dose, non-gated, non-contrast enhanced CT scans of the thorax were used. Such scans are acquired in lung cancer screening trials and it would be worthwhile to perform calcium scoring in these scans, especially if this could be done automatically. A pattern recognition system was applied to the segmented aortic volume. A correct risk category was assigned to 88.3% of subjects. In conclusion, this thesis presents several systems for computerized detection of arterial calcifications. It is shown that automated calcium scoring is possible and can be used for risk category determination.