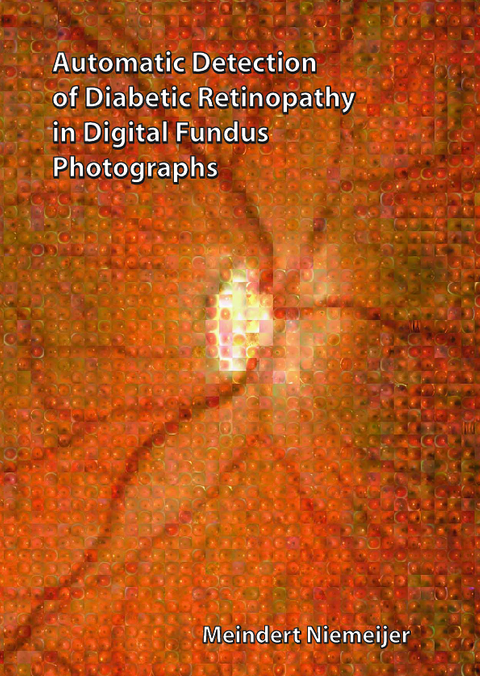 Diabetic retinopathy is a common ocular complication of diabetes. It is the most frequent cause of blindness in the working population of the United States and the European Union. Early diagnosis, and treatment can prevent vision loss in the majority of cases. Yet only approximately 50% of people with diabetes are regularly screened for the presence of signs of diabetic retinopathy. Computer aided diagnosis technology and digital retinal imaging could help to facilitate a large scale screening of people with diabetes. The research in this thesis is focused on the development of an automatic diabetic retinopathy detection system. This system would select exams which possibly contain signs of the presence of diabetic retinopathy and present only those to an ophthalmologist. In this manner the total workload of the ophthalmologist could be reduced. A number of different automatic screening system components are described and evaluated: An automatic system for the quantification of retinal image quality. Image quality is an important issue in large scale screening programs where images are acquired at many different sites, using different cameras and operators. It forms an essential component of an automatic screening system. Several different techniques for the automatic detection of the vasculature in retinal images are compared. A new technique is proposed and shown to exhibit good performance in comparison with the techniques from the literature. In addition to the vasculature, other anatomical landmarks are present on the retina, in particular the optic disc, the macula and the vascular arch. The location of these anatomical landmarks can be used to determine a relative position on the retina, and this spatial information about potential lesions can be used to remove false positive lesion detections and provide important diagnostic information. A system which is able to automatically find a set of points in a retinal image and thereby identify the location of the most important retinal anatomy is described. Red lesions are amongst the first signs of the presence of diabetic retinopathy and are therefore important to detect. An automatic red lesion detection system, based on a pixel classification approach, is described. When diabetic retinopathy progresses also bright lesions appear. An automatic detection system for these lesions is also presented. The individual system components are combined into a comprehensive screening system. This system is evaluated on a large dataset containing 40,000 images obtained in 10,000 eye examinations. A novel method is proposed to combine the outputs of the various system components into a single opinion about the complete examination. The results shown that the system is able to detect the majority of suspect exams at a specificity above 50%.