Lung cancer is the leading cause of cancer death among both men and women, accounting for nearly 25% of all cancer deaths. While lung cancer typically shows up as pulmonary nodules on CT images, most nodules are benign and do not require further clinical workup. Accurately distinguishing between benign and malignant nodules is therefore crucial to catch lung cancers early. In a paper published in Radiology, we developed and externally validated a deep learning algorithm for estimating the malignancy risk of lung nodules in low-dose CT scans.

We have made the algorithm freely accessible to the public for research purposes at grand-challenge.org.

Try out the algorithm

Some caveats: the algorithm is highly suitable for nodules seen at baseline screening. But for nodules seen at subsequent screenings, the growth and appearance in comparison to the previous CT images are important. We did not calibrate the risk scores in this study. Therefore, the algorithm tends to be over-confident with its predictions - a known problem with deep learning algorithms.

[UPDATE] Since September 2021, a calibrator has been added to the algorithm and the method behind the calibration is explained here. 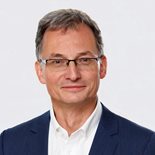